The Founding Class of Alpha Eta Colony is composed of 11 diverse men. In the Fall of 2011, the dream was made possible by these men of different histories, religions, ethnicities, majors/career paths, and cultural backgrounds that were united by a common vision and desire. The desire and vision to establish a unified voice in the Southern Tier of the state of New York that excelled in leadership, scholarship, and philanthropy. They envisioned a fraternity that rested on the pillars of brotherhood, discipline, and commitment. Driven by their desire for service, these men wanted to bring a voice to the community. They faced many hardships, but their strong will, determination, and work ethic prevailed. They persevered through every obstacle that was thrown their way as they believed that Delta Epsilon Psi could grow and flourish at Binghamton University.

Even before becoming brothers of Delta Epsilon Psi Fraternity, Inc., these men had been involved on the campus and with local communities, serving both with passion and eagerness. These individuals had already taken, and continue to hold, leadership positions in many student organizations such as Student Residential Governments, Residential Life, Emerging Leaders Program, BU ROTC, Indian International Student Association, Sikh Association, Hindu Students Council, Binghamton Bhangra Team, Tae Kwon Do, Philippine American League, Vietnamese Student Association, Tennis Club and many others. The brothers of Alpha Eta Colony have cultivated their passion for service by involving themselves with Binghamton Community Flood Cleanup, Habitat for Humanity, Meals on Wheels, Binghamton Beds for Kids, Willow Point Nursing Home and more. These endeavors have helped shaped the brothers’ vision and stimulate their ambitions for the future. 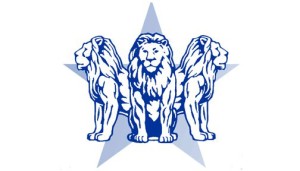